The 100% owned Ixhuatán Project, located in Chiapas State, Mexico, is a copper-gold project that includes a historical gold resource, plus significant exploration and development upside.

The Ixhuatán Project consists of the 4,176 hectare Rio Negro concession which is valid until May 10, 2051. The Project is located immediately southwest of the Santa Fe mine and is accessible by roads running five kilometres east of the town of Rayon, Chiapas. Rayon is situated 120 kilometres south of Villahermosa, Tabasco State. The Ixhuatán Project is an exploration project which hosts the Campamento gold-silver, the Cerro La Mina copper-gold prospect, and numerous other exploration targets. The property is 100% owned and not subject to any royalties, back-in rights, payments or other agreements and encumbrances. 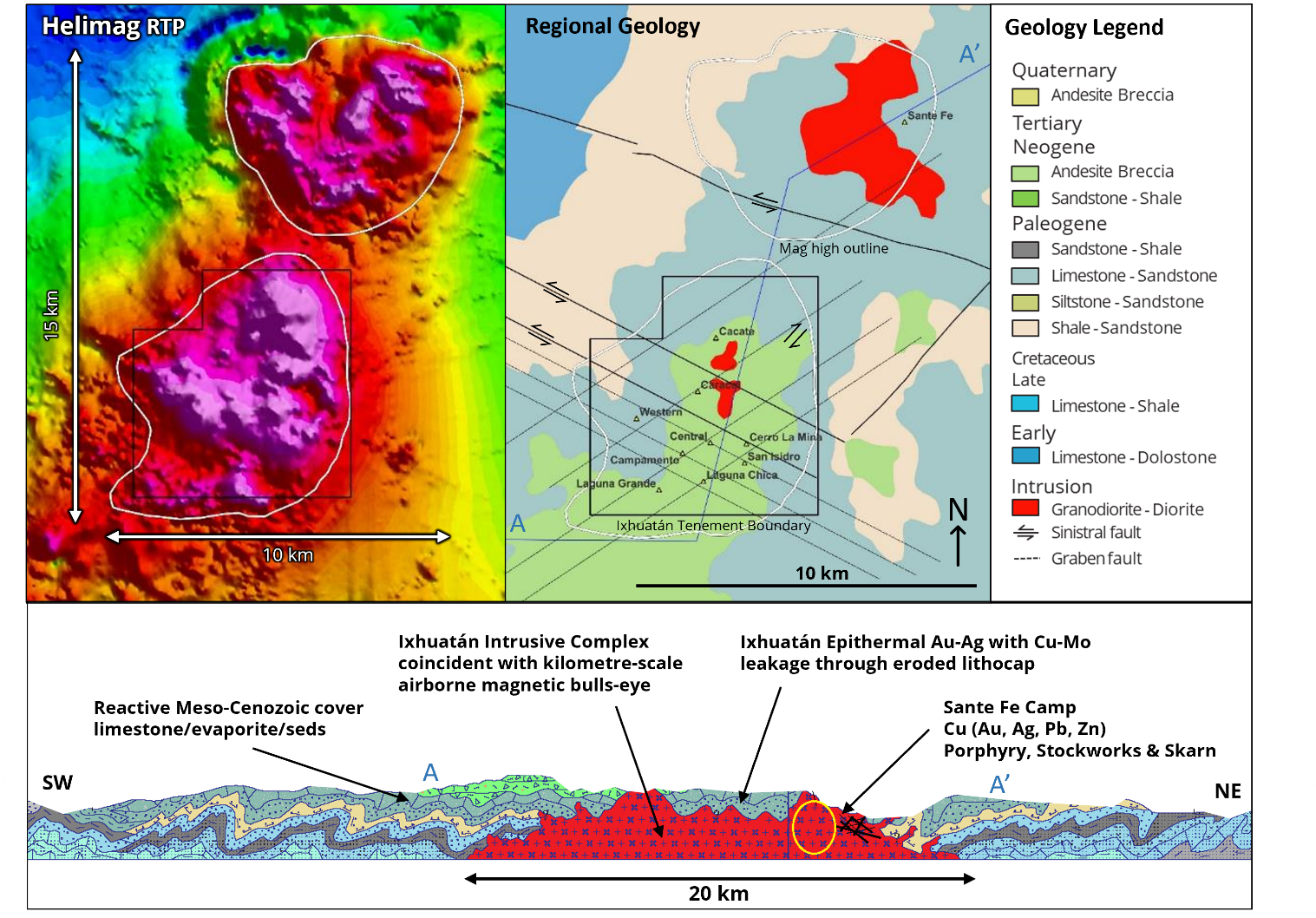 All the significant mineralization drilled on the property to date demonstrates an early porphyry-related potassic alteration overprinted by a later stage epithermal gold mineralizing event. This is consistent with the upper portion of a large Cu-Au-Ag-Mo district-scale mineralizing system.

A historical mineral resource estimate was completed for the Campamento deposit in accordance with NI 43-101 with an effective date of June 22, 2006. At a cut-off grade of 0.5 g/t gold, the estimate includes:

The mineral resource estimate is considered historical in accordance with NI 43-101. Further details regarding historical estimates can be found under Resources & Reserves. 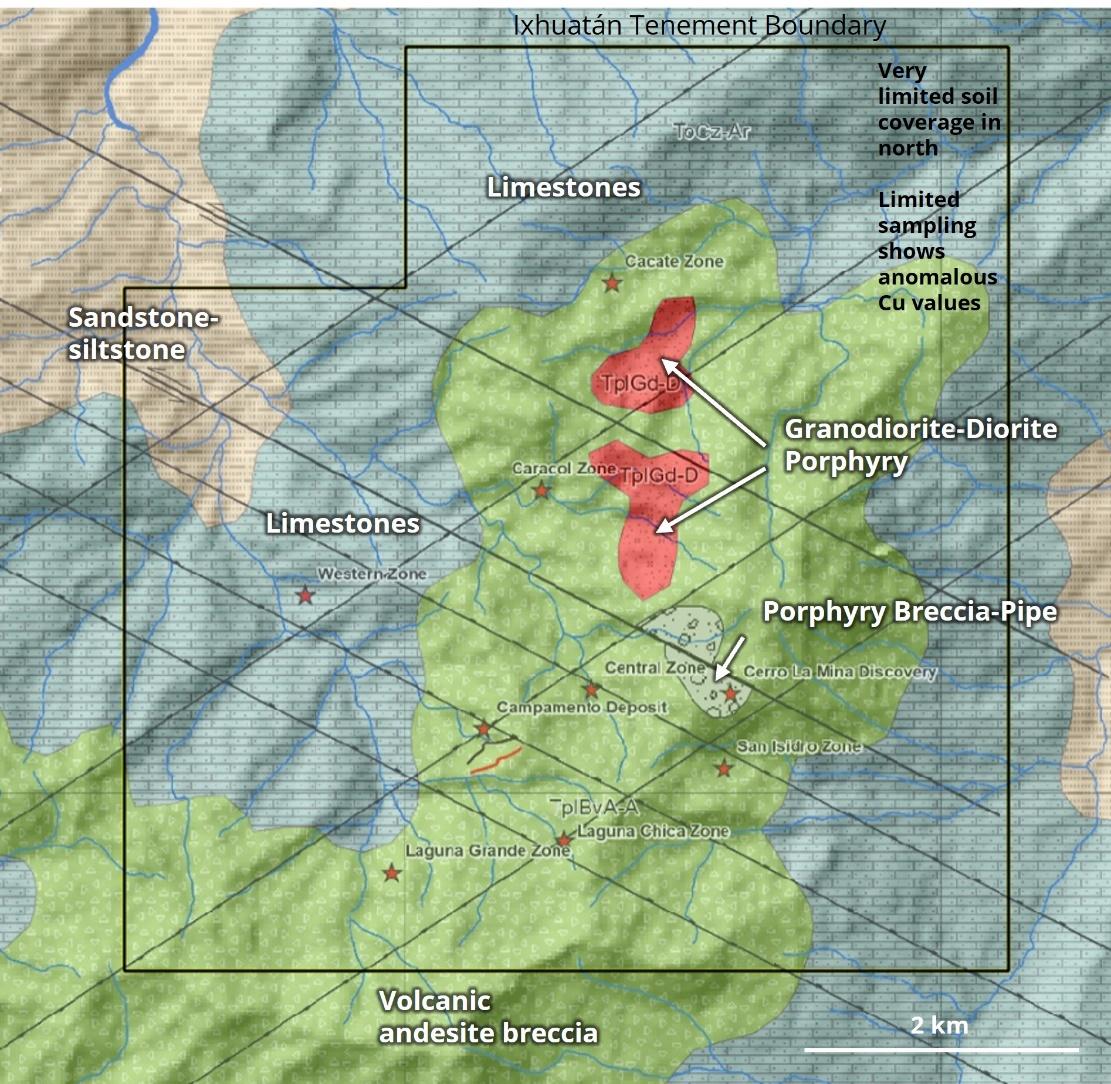 Further details for the Ixhuatán Project are provided in the Technical Report titled “2011 Summary Report on the Ixhuatán Advanced Stage Gold Project, Chiapas State, Mexico” with an effective date of May 18, 2011 (the “2011 Summary Report”), prepared by Philip K. Seccombe, PhD, MAIG of Equity Exploration Consultants Ltd. and Gary H. Giroux, P.Eng. The 2011 Summary Report was prepared for Cangold Limited (“Cangold”) who previously optioned the property from Brigus Gold Corp. The report provided an updated review of the Ixhuatán Project and included the mineral resource estimate from the NI 43-101 Resource Estimate Report (effective date of June 22, 2006) since no further holes had been drilled in the resource area since 2006. The 2011 Summary Report is available on Fortune Bay’s website and filed on SEDAR (www.sedar.com) under Cangold’s issuer profile.

The technical and scientific information for the Ixhuatán Project has been reviewed and approved by Dale Verran, M.Sc., P.Geo., Chief Executive Officer for Fortune Bay Corp., who is a Qualified Person as defined by NI 43-101. Mr. Verran is an employee of Fortune Bay and is not independent of the Company under NI 43-101.