The 100% owned Goldfields West Uranium Project comprises the western claims of the Company’s flagship Goldfields Project, which have been identified to have potential for high-grade unconformity-related, basement-hosted uranium deposits typical of the Athabasca Basin margin. 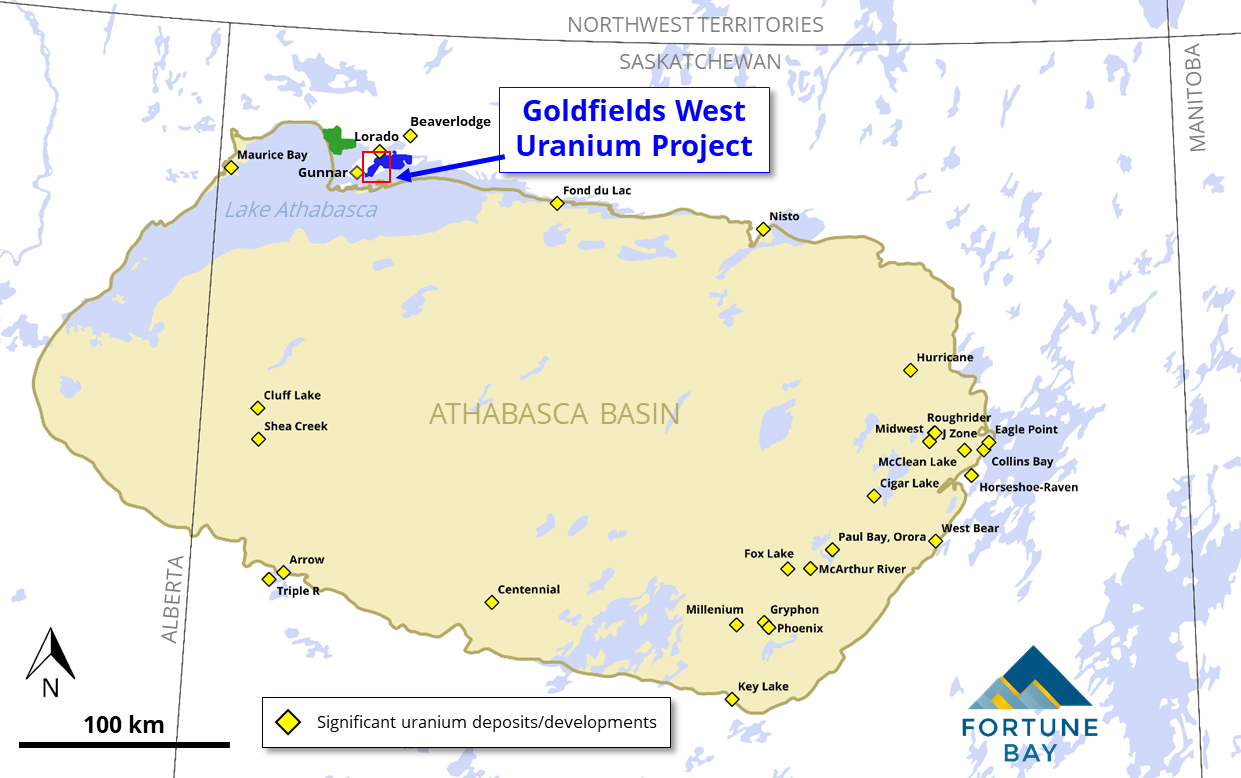 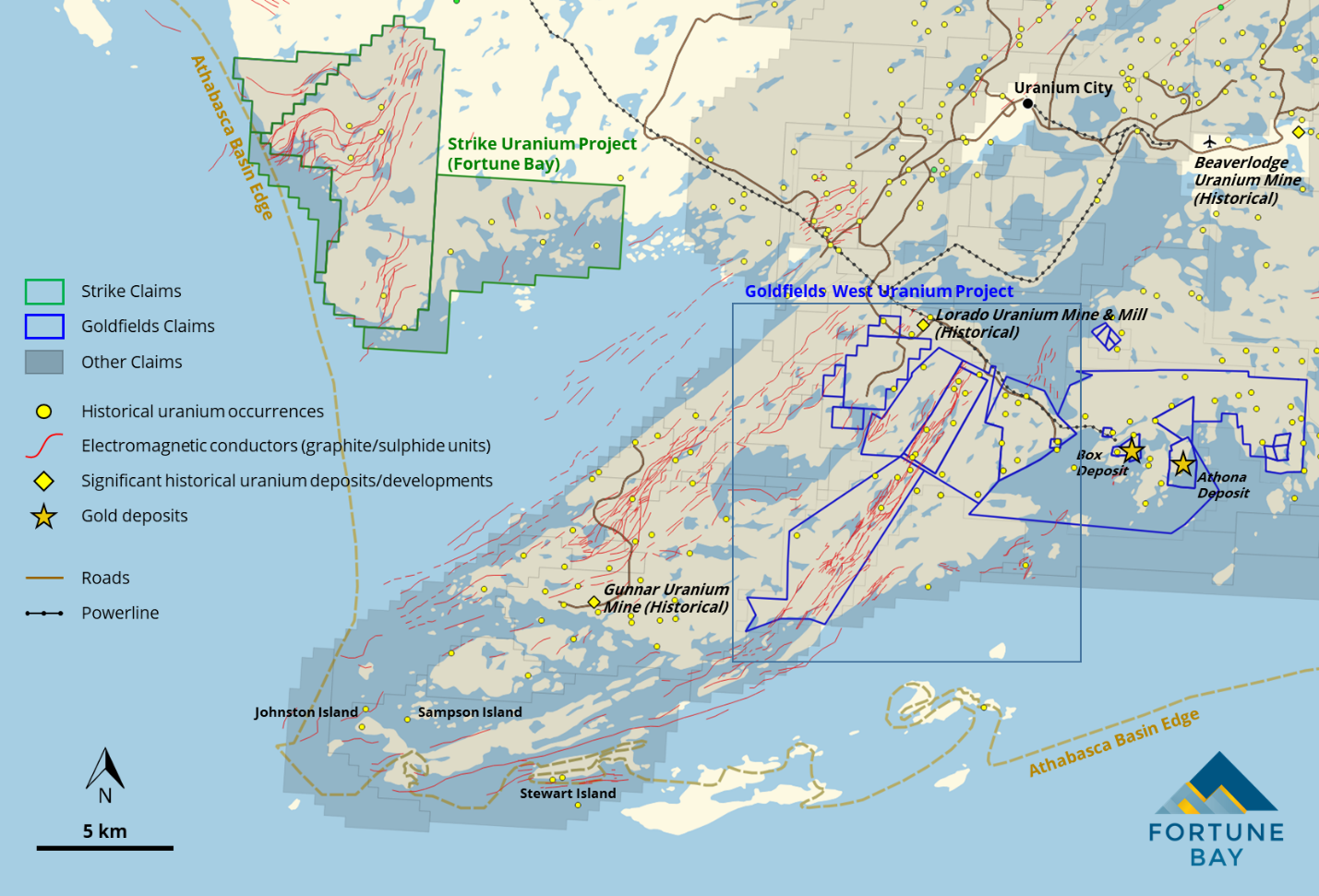 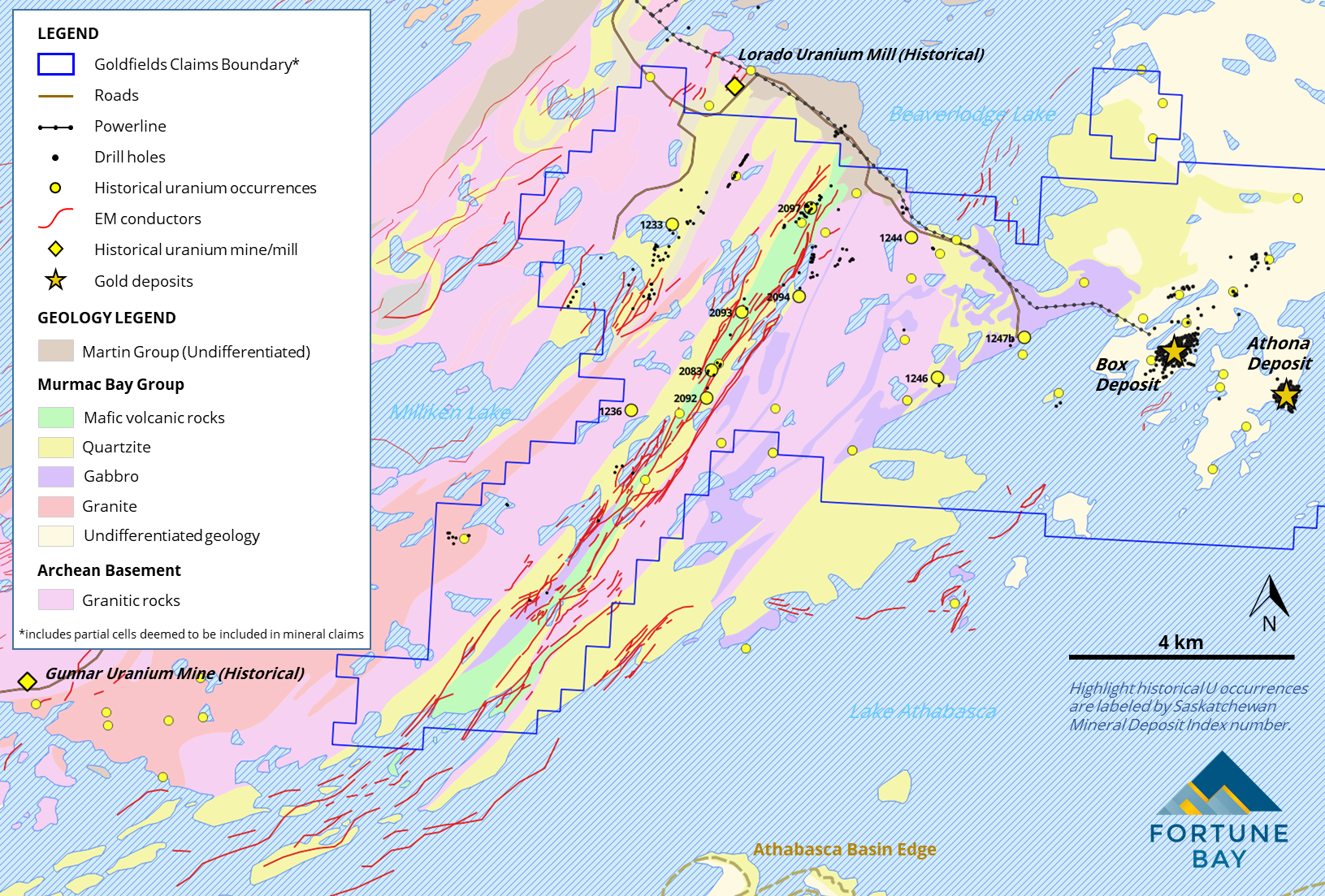 During 2015 Mercator Geological Services Limited carried out an exploration program on the Company’s behalf which included a structural/geophysical lineament study, rock geochemical sampling program, scintillometer surveying and geological investigations. The objective of the program was to verify, identify and prioritize targets across the 10,000 hectare Goldfields property. While gold was the primary focus, a number of uranium targets were also identified, including six Tier 1 targets at the intersection of the Goldfields West conductor package with cross-faults.

Scintillometer surveying along the northern portion of the Goldfields West conductor package confirmed elevated radioactivity within bedrock, including readings of up to 1,030 counts per second (“cps”). At the Gil showing, survey locations 200 metres apart registered between 59,000 and 51,633 cps within a possibly continuous zone of recessive rock that measures about 1 metre in thickness. Grab sampling of this showing by the Company in June 2021 produced assays of 6.04% U3O8 and 0.95% U3O8.

The 2015 exploration program was conducted by Mercator Geological Services Limited and is summarized in the current National Instrument 43-101 (“NI 43-101”) Technical Report titled "Technical Report: Resource Estimate for the Goldfields Project" with an effective date of May 4, 2021 (available on SEDAR and the Company’s website).